The CentOS team has released the Continuous Release (CR) Repository RPMs for CentOS-6.6 into their 6.5/cr tree.  See the Release Announcement.

Now a little more about the release process.

So, in the process above, we can have vetted binary RPMs ready to go as soon as 5 days after we start, but it may be 14 or more days after that before we have a complete set of ISOs to do a full release.  Thus the reason for the CR Repository.


The process of building and testing an install tree, then creating and testing several types of ISO sets from that install tree (DVD Installer, Minimum Install ISO, LiveCD, LiveDVD, etc) can take 1-2 weeks after all the RPMs are built and have gone through initial QA testing.

The purpose of the CR repository is to provide quicker access to RPMs for an upcoming CentOS point release while further QA testing is ongoing and the ISO installers are being built and tested.

Updates in the CR for CentOS-6.6 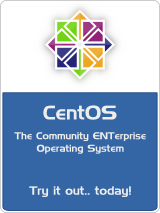 The Enterprise Linux for Everyone Else